Walter Trout – Battle Scars
Provogue – PRD-7477-2
Walter Trout’s fans and the blues world, in general, knows what Walter went through over the past couple years. Walter was nearly at death’s door, in dire need of a new liver. An outpouring of fan support and several successful surgeries and hospital stays later, you had to know that this very passionate musician and songwriter had to be chomping at the bit to get back into the doing what he loved the most. Kicking his first post-recovery CD “Battle Scars” off with “Almost Gone” may have a story itself just in the title, but the way Walter shreds his guitar and belts out his signature throaty croon, you know he is nowhere near gone now. The emotions of the tenacious battle he fought come smoking out of the speakers when you crank up the down and gritty tunes like “Omaha” and “Playin’ Hideaway.” You can nearly feel his pain when he unleashes the soul-snaring “Haunted By The Night,” and the powerfully touching “Please Take Me Home.” Walter takes you on the full emotive roller-coaster, from near hopelessness to the relief of redemption in the bare-bones, acoustic-kissed, intoxicating “Gonna Live Again.” Listening to the sons on “Battle Scars,” you get the feeling there were times when Walter may have been lying in a hospital bed wondering how much time he had left, but was still brewing musical magic somewhere deep inside. Perhaps that helped him to survive until he was able to receive his transplant. Whatever happened in those dark days, Walter is back with a new lease on life, and has returned to giving the whole of his musical self to his fans’ massive relief and…when they listen to his new music, to their total enjoyment as well. – MW 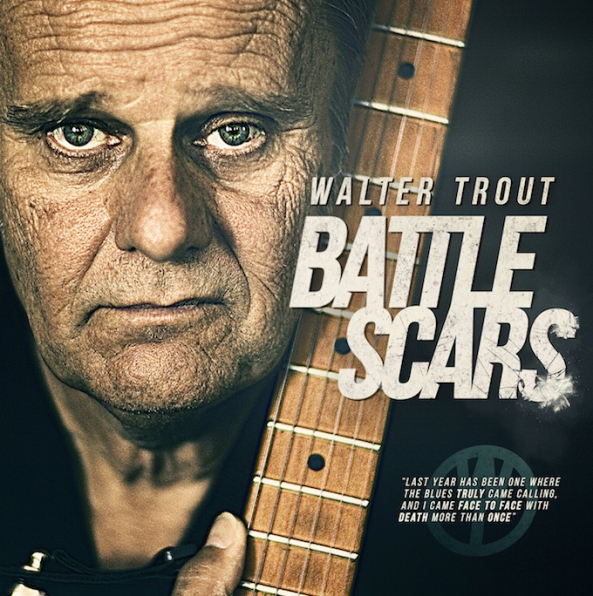