James Houlihan – Multitudes
Gumbo Luvah Music – JAHOUL03
Songsmith James Houlihan who has received notoriety for being in several popular Boston indie bands goes indie himself here and I mean very indie. Not to say some of the music here is not a bit more straight forward alt-American, but his songwriting eccentricities add serious vibrance to the mosaic. James seems to be a veritable encyclopedia of folk music, ranging from traditional to futuristic, comforting to wonderfully strange. The lead track “Fires Of Mercy” fits in the later category, like visiting a twisted carnival with James as the crooning barker beckoning you to join him on his intriguing journey. “The Rogue Song” has a crisp edge to it, with snarling power and an ear-opening range of emotive vocal gymnastics. Showing another side is “Morning Sun,” a lush but bare-bones ballad with sweetly harmonic vocals flowing through a delectable finger-style acoustic guitar backdrop. Lyrically James feels like the kind of wordsmith who can adeptly transpose his thoughts and ideals in a captivating fashion, drawing the listener into his world so there is a mutual understanding of the stories being told. I did call this guy an encyclopedia and I need to embellish that his entries are extraordinary no matter which folk/American direction he goes in. This is the kind of music that any craver of pure songwriting prowess is bound to enjoy. – MW 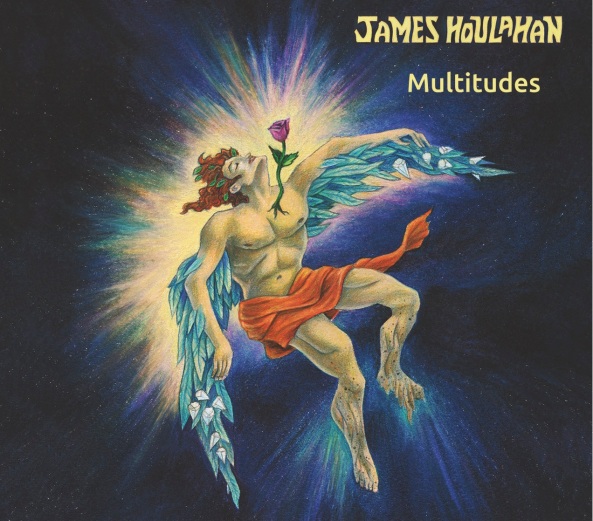